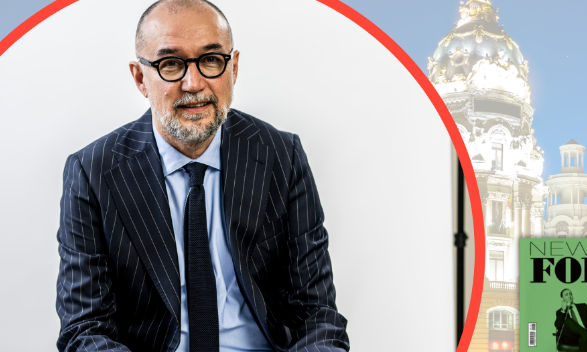 “I like to create a buzz,” says Andrés Rodríguez, the newly appointed president of ARI, the Spanish Magazine Association, as he looks back over his impressive career as an editor. “At Esquire Spain we ran a story on Ferrán Adriá, then the best chef in the world at restaurant El Bulli and made the cover of the magazine scented so if you scratched it, you could smell what it smelled like in the restaurant. I got a call from Hearst New York to express their congratulations because The New York Times was talking about us.”

It is this sort of innovative thinking and passion that make Rodríguez the ideal person to head the ARI and defend the interests of magazine publishers in Spain. He takes up the position at time when the media landscape in Spain is more competitive than ever before with established print and broadcast brands vying for attention with digital-born organisations. It’s a battle, says Rodríguez, magazines are well equipped for because of its close relationship with readers and ability to adapt.

“As magazine publishers, we are experts at connecting with our communities. We have transformed ourselves, and we keep doing it every day to offer our brands’ followers exactly what they need,” he says.

“We have evolved from a single-channel relationship to a deeper and more complex multichannel relationship made up of experiences, digital relationships, subscriptions, membership and an exclusive print. Magazine publishers, and especially those of us who are members of ARI, remain the best experts on loyal audiences and communities.

“As president my mission is to provide advertisers and readers with all the influence as editors  of some of the most important editorial brands in this country like Hola, Vogue, Pronto, Forbes, Telva, National Geographic, Tapas and Lecturas. We want to support our readers and our advertisers as we have been doing for the last 40 years as an association.”

Among the challenges facing Rodríguez is ensuring more government funds for magazines.

“We are publishers of some of the best communities in this country and we do not accept that the government or public administrations advertise themselves only in the daily press, especially when we issue daily content that is much more relevant to many of the messages,” he points out.

“The government must review its policy of distribution of an investment that exceeds €200 million and ARI is the right partner to manage this investment in the print and digital magazine segment.”

Rodríguez is also determined to reinforce the kiosk network in Spain by making municipal and regional governments aware of their role as the backbone of the city. “We will do this by staying close to the kiosk owners,” he adds. “They are our allies with the distributor network.”

A Covid bounce and the popularity of print

Like the rest of the world, Spain’s magazines were hit hard by Covid with the pandemic disrupting staff, distribution and advertising revenue. Many titles were more widely read than ever before during the height of the outbreak, though, showing the close bond magazines have with its readers.

“It’s proof of the loyalty that connects us with our audiences,” says Rodríguez. “And we have taken advantage of the (Covid) impasse to strengthen our bonds. Months ago, we emerged stronger with new teams, renewed talent, new editorial offerings, and better audiences.”

Given the popularity of magazines in Spain it’s no surprise that Rodríguez is very positive about the future of print in the country.

“The future of printing is very exciting because as publishers one of our channels – paper distribution – is unique due to its periodicity, its great reach in distribution with thousands of kiosks spread throughout Spain, the commitment and sacrifice of the network of kiosks and because a new circuit of sellers has been created – looking for a fine buyer who appreciates well-made paper and who is willing to pay for it.

“We are also very optimistic about the capacity of airports as major distribution centres for magazines, in an environment of lifestyle brands and skilled travellers. Printers are adapting and communicating with publishers on these challenges.”

A magazine man through and through

“We are in love with our profession. We have always believed in talent, and that a good idea is better than a big budget,” Rodríguez says discussing the team at SpainMedia. “We believe in brands as amplifiers of good ideas.

“Some of our main milestones have been to position Esquire and Harper’s Bazaar in Spain thanks to Hearst publishing group who trusted us. We attempted to do the same with L’Officiel and T Magazine, the first New York Times magazine published in Europe. We founded and launched Tapas Magazine and won the National Gastronomy Award with it.

“And Forbes USA called us 10 years ago and in just a decade we have converted their brand into the great lifestyle and business reference in Spanish.”

Andrés Rodríguez is also on the board of directors of the Madrid Press Association, where has joined pioneering journalist and businessman Juan Caño, who Rodríguez calls “the master of magazine publishing in Spain”.

“Our job is to defend the profession, to identify what is journalism and what is entertainment and other variants,” says Rodríguez. “And to defend, of course, freedom of press and opinion.”

Rodríguez believes he is starting his term as president at an extremely exciting time for magazines, not just in Spain but around the world.

“Communication has never been at a more effervescent moment,” he says. “We are all constantly connected, we all carry a connected phone in our pockets, audiences have become broadcasters, we all send data, we all build personal brands, we consume without a predefined schedule, and this has only just begun.

“We are immersed in a tsunami of information – and ‘infonami’ – that we cannot digest. Editors, with their criteria, are more necessary than ever to select, filter and ‘cook’ information and entertainment for their audiences and advertisers. Since the invention of the printing press, there have been no more exciting times for those of us who dedicate ourselves to communication.”

¿Has escuchado ya tu revista favorita? 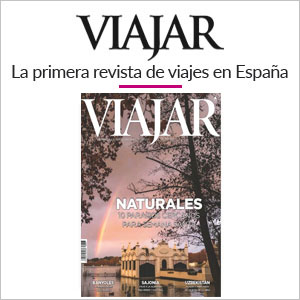 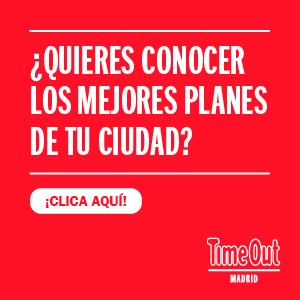 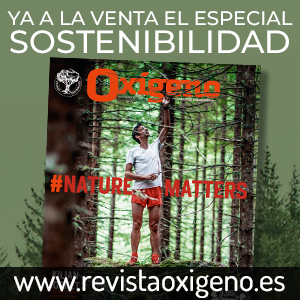 This website uses cookies to improve your experience while you navigate through the website. Out of these, the cookies that are categorized as necessary are stored on your browser as they are essential for the working of basic functionalities of the website. We also use third-party cookies that help us analyze and understand how you use this website. These cookies will be stored in your browser only with your consent. You also have the option to opt-out of these cookies. But opting out of some of these cookies may affect your browsing experience.
Necesarias Siempre activado

Any cookies that may not be particularly necessary for the website to function and is used specifically to collect user personal data via analytics, ads, other embedded contents are termed as non-necessary cookies. It is mandatory to procure user consent prior to running these cookies on your website.